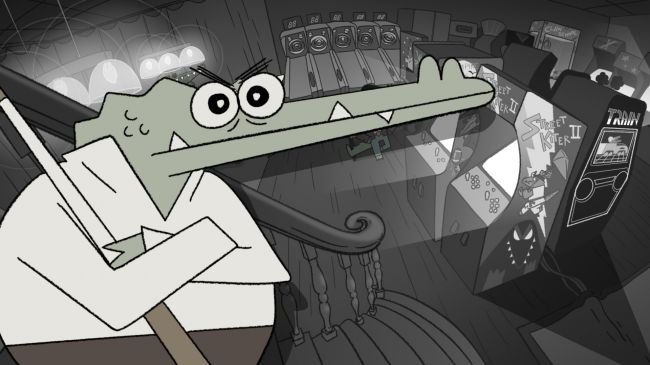 On an average day, about a dozen new games are released on Steam. And while we think that’s a good thing, it can be understandably hard to keep up with. Potentially exciting gems are sure to be lost in the deluge of new things to play unless you sort through every single game that is released on Steam. So that’s exactly what we’ve done. If nothing catches your fancy this week, we’ve gathered the best PC games you can play right now and a running list of the new games of 2019.

Later Alligator is a point and click adventure game about—yeah—an alligator, and it’s animated by SmallBu, the team behind Baman Piderman.  It’s about Pat (who is an alligator), whose prestigious family (of alligators) are on the receiving end of some pretty outlandish conspiracy theories that threaten to drag their name through the mud. The game has “over 100 alligators”, 30 minigames and challenges, and multiple endings. It’s getting some very positive early reviews, including from Toby Fox and Steam reviewer Behemoth, who writes that it’s “basically Professor Layton with alligators”.

Nauticrawl has an intriguing premise: you’ve escaped pursuers in a mysterious alien vessel, but you know nothing about how to operate it. As the video above demonstrates, it’s not a simple wheel-and-gearstick affair, it’s laden with levers, dials, mysterious screens and pulsing radars. Through turn-based exploration, you’ll need to learn the logic of this machine.

Football Drama is basically what’d happen if Football Manager was leavened with bleak realist drama. As the manager of a fairly average football team, you’ll make crucial decisions and partake in turn-based matches across “18 dramatic weeks of procedural championship”. That said, getting through the season won’t be easy: “Corruption, crime, drugs and romance are all paths that you may take – for better or worse.” Corruption, crime, drugs and romance… all much more intriguing than football, in my opinion, so sign me up.

Another point and click adventure, Space Komandirovka is a retro-styled romp about a Soviet cosmonaut stranded on a planet inhabited by alien capitalists. The Steam description is fairly lean, but protagonist Sergey Pugovkin needs to resist “the abundance of products on store shelves” as he navigates the planet of Akmola, in what the studio describes as the “Soviet Union’s answer to Space Quest”. This looks genuinely fascinating, and draws from classic Soviet-era works like Ilf and Petrov’s The Twelve Chairs, which is a great novel.

Diorama Dungeoncrawl is an attempt to recreate a 16-bit aesthetic in full 3D environments. The result is both nostalgic and weirdly austere, recalling a strange hodge-podge of the 16-bit and PS1 eras. Whatever the case, the game itself seems pretty simple and effective: you’re a nameless dungeon crawler navigating a “mysterious Living Castle” full of angry skeletons, bats, goblins, and bouncing green slime globs.