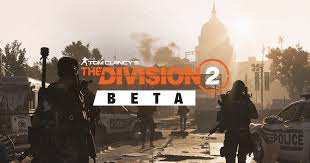 The Division 2 open beta dates, start times, and what you’ll get to play

Ahead of its release on March 15, players will get another chance to fight their way through the streets of post-pandemic Washington DC. The Division 2 will host an open beta beginning on March 1, and it will run until March 4. Check out the open beta trailer above.

You’ll get a bit more to play with than what was available in The Division 2’s private beta. The level cap has been increased to 8, and there will be an additional early game mission, for a total of three main missions. There will also be five side missions, a Dark Zone, a PvP skirmish mode, plus open world exploration in the available portion of the map. There will also be access to an additional skill in the open beta, the Chem Launcher, which uses riot foam and explosive vapor.

The open beta will also include access to level 30 characters and one endgame mission, which gives players a chance to try out the three agent specializations and meet the powerful new invading faction: the Black Tusk. Here are more details from Ubisoft.

As for when it begins, check out the preload times, start times, and end times below. You can also take a look at what our Division 2 performance analysisshowed us about the kind of hardware you’ll need to run it.