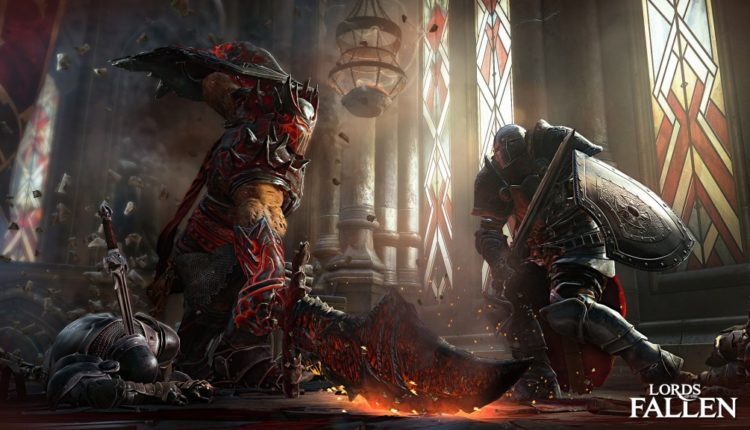 How To Fix Lords of the Fallen Errors, Crashes, Stopped Working, Freezes

By Dan Scutaru Last updated Nov 9, 2022
22
Share
XINSTALL BY CLICKING THE DOWNLOAD FILE
Get the most out of your gaming experience by keeping drivers in check!
To ensure your PC and peripherals work at their full potential, you need to stay away from driver problems. Having them out of date can lead to poor performance and in-game errors. A quick and effortless way to always have well-performing drivers is to follow the steps below:

We know that many of you are currently experiencing Lords of the Fallen crashes and multiple other issues, so we released this tutorial to help you play the game.

Lords of the Fallen was released on 28 October and it is available on Steam.One of the most anticipated games from October, Lords of the Fallen is a hack and slash role-playing game developed by the german guys at Deck13 Interactive and CI Games.
The game has been compared to other games like Darksiders and Dark Souls, but it’s way more awesome. The main character of the game is Harkyn, a convicted criminal that is the world’s last hope for salvation. The Demonic Rhogar army is re-emerging and Harkyn must fight them in order to save the world. This is the premise of the game, which will bring you in a world where you will need to defeat the gods that attack the human realm.

Below you can see the issues described above and you will also find workarounds and quick fixes for each of them.

Lords of the Fallen Errors:

Lords of the Fallen Crashes are reported by some of the gamers when they played the game or started it causing the game to stop. Follow the solution below to fix your crashes.

“This game ran fine until today, and I don’t know why. Nothing has changed in or on my PC. Now it starts up and crashes after the Alienware logo or right when it gets to the menu. I tried the +com_skipintrovideo1, and it didn’t do anything at all. Anyone know how to get around this issue?”

Solution for “Lord of the Falle Has Stopped Working”:

Lords of the Fallen Freezes are similar to the crashes; some players reported them at the loading screen of the game or ar some boss fights. You can fix the freezes with the workaround below.

“Game started and run ok for me @very high settings, but freeze to a black screen when returning to game from menu :(“

If you are encountering freezes in the very high graphic settings on the game try to change them to high and this should fix your issue.

Lords of the Fallen Game Won’t Start error is a Steam interface error that people get when they press the ‘Play’ button in Steam to start the game after they press this button nothing happens and the game doesn’t start.

Lords of the Fallen FPS Drops, if you are encountering FPS Drops make sure that your PC can run the game properly, that you have the minimum system requirements.If you have them and you are still having FPS Drops or unstable framerate you can fix them with the workaround below.

To optimize the FPS you need to make the following changes in the game settings:

Wait for vertical refresh: Off unless application specifies (This is ON in the game settings as the game seems to have issues with vsync forced from outside)

Another error that was reported is the D3DCompiler_43.dll missing error. To fix this error, you need to install the last version of DirectX; you can find it on google just search for it. After you install it restart your PC to avoid any errors. Now your game should start.

Editor’s Tip! To restore and replace missing DLL files, use Restoro, a trusted third-party tool that comes with Patented Technology. It also repairs common computer errors, protects you from file loss, malware, and hardware failure, and optimizes your PC for maximum performance giving you the best gaming experience.

We hope that our tutorial helped you fix your Lords of the Fallen errors. Have fun playing the game, and if you have any questions or problems, please contact us with a comment below or by using our contact page.

Video Games and Tech are my passion | Web 3 Enthusiast.