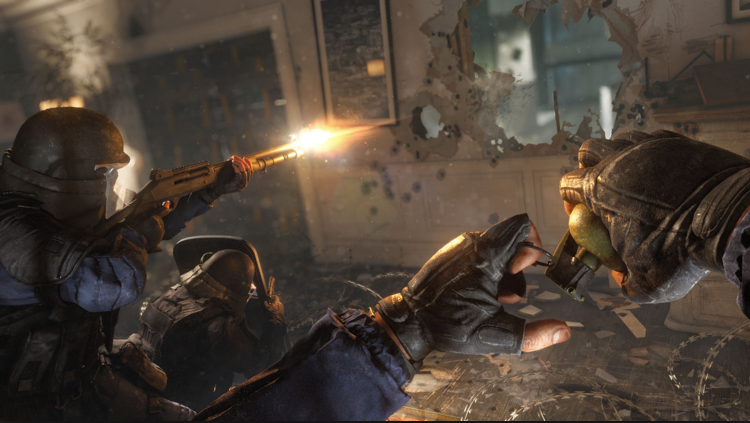 Tom Clancy’s Rainbow Six Siege was released on Steam a couple days ago and it seems to be a great game with just a few minor issues. Until now the game got a lot of positive reviews, like 1,000 reviews, and players are saying that it works great. There are also some that complained about a few minor bugs with the game that can be easily fixed.

The most common Rainbow Six Siege errors that were reported are: Crashes, UPlay issues and problems with the FPS, like Slow FPS and FPS Drops. To fix this errors and other issues of the game check the list below where you can find quick fixes and workarounds

Here are the system requirements of the game, make sure that you meet the minimum ones and that you have one of the supported video cards in order for the game to run correctly.
MINIMUM:

1) Rainbow Six Siege Crashes, this is the most common error encountered in the game by players. The game might randomly crash while playing or it might crash at startup.

“So I have been trying to play the first situation, and I make it threw the level completely fine and then the game crashes, and my computer turns off…. Does anyone have any suggestions on a possible issue/solution”

“Everytime I start Rainbow six the R6 start window pops up and then closes immediately. I don´t even know why. Please help”

Solution: To fix this issue make sure that your hardware is meeting the requirements, you can find them above. After that follow our tutorial from the end of the post on how to fix the major issues of the game. 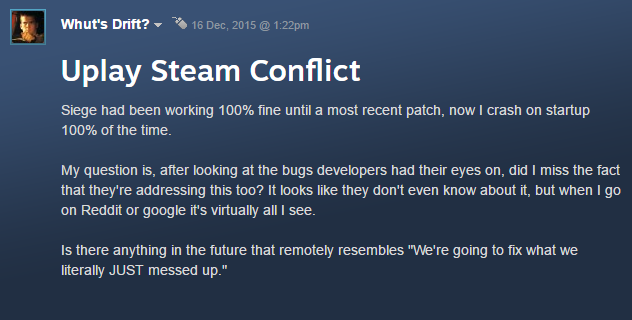 3) Rainbow Six Siege Connectivity Issues, you might get connectivity issues when trying to play the game in multiplayer. To fix this issue follow the tutorial posted by Ubisoft here.

“I know that a lot of people have this problem but has anyone had any luck solving it? Can’t connect to the servers and when I can can’t even use multiplayer. Really starting to frustrate me in a pretty much MP only game.”

4) Rainbow Six Siege FPS Issues, this mainly affects the AMD users, you might get random FPS Drops or you might have constant Low FPS. Check the solution below to fix this.

Solution: If you have AMD graphics card try to turn off XFire and this should fix your FPS problems. You can also try our tutorial below.

“I am getting huge FPS problems, the FPS itself is all over! Even on medium settings (in the tutorial missions) it often starts at 60, then three minutes in drops to 10, then goes back, etc, it’s just all over the place. Sometimes I even restart the same level that I played at 60 initially, and this time it’s down to 30! Do you have any ideas what is causing this and how to fix it?”

How to download: Well, you might think that our download service is pretty annoying but is very effective. To download you just need to complete a simple offer, it usually takes a few minutes, and after that, you will be able to download the patch. We use this service because is the only way to support our developers and to keep releasing and updating patches for games. Thank you! We hope you understand us and have fun playing Rainbow Six Siege!

We hope that our workarounds and fixes helped you resolve your Rainbow Six Siege errors and that now you are enjoying the game. If you have any question or if you encounter other issues please comment below and our team will help you.